Early last year I wrote a post about encrypting script credentials using certificates. At the time, someone (thanks Dave Wyatt!) commented on the post suggesting a couple of alternative methods to encrypt and decrypt the data, in particular I was interested in the Protect-CmsMessage and Unprotect-CmsMessage cmdlets included in PowerShell 5.0. Now that PowerShell 5.0 is more widespread I wanted to post a quick update about how these cmdlets can help simplify the process. The process is similar, but there are less steps and it is important to note that the certificate must contain the Data Encipherment or Key Encipherment key usage, and include the Document Encryption Enhanced Key Usage (1.3.6.1.4.1.311.80.1). 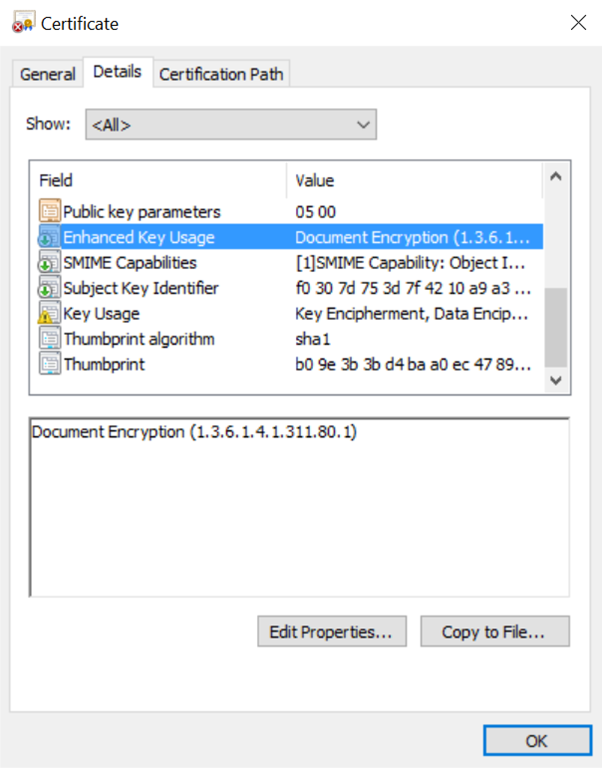